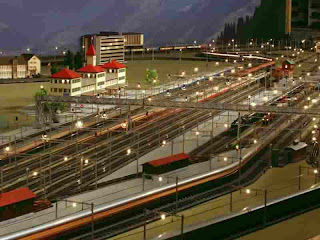 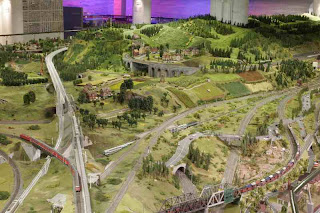 This is a 30,000 foot railway track that was made by hand. This model is considered to be the largest HO layout on the entire planet. At a normal speed, the model trains take a full hour to circle the entire railway track.

This is one of the oldest model railway layouts in the world. It was created by John Ahern, single handedly, in 1930s. The model is today left for permanent display though caretakers run the trains in specific days of the year. The Madder Valley Railway is the first model to incorporate full landscape. It is hence a legendary in this industry.

This is a model designed to mimic the exciting 18th – 19th century Western Pennsylvania railway station. This is an ‘O’ scale layout which measures a total of 83 x 30 inches. It is among the largest and realistic model layouts found in Carnegie Science Center.

This is a HO scale model. It was created by W. Allen McClelland. The model run in 1970s before it was dismantled and shipped to the National Railroad Museum in 2001. The creator reconstructed the model again and it can be found today in this museum. Being quite influential, the Virginia and Ohio model had a book written about it.

This is a model railway model built by John Whitby from his home; Monterey, California. Part of the model was burnt by a fire that caught his basement in 1973. The fire took place after Whitby passed away after a heart attack.

This is the longest G-gauge garden model railway layout. This was built as part of the Living Desert and stretches for about 2,300 feet. The length is deemed for an increase of 25% in the coming years. The tracks are designed to depict the journey through the Grand Canyon.

This is a model railway layout designed to depict the real tracks ranging from the trains to the topography and then some. Photographs of the real tracks were taken by the creators so as to come up with an accurate model. The model can be found in the Museum of San Diego Model Railroad. The actual railway is the Walong siding which lies between Mojave and Bakersfield in California.

These are small models rich in details and realism. The models are known as N-Scale which are comprehensive but at a small scale. They can be used in homes.

If you are interested in other model railway layouts then be sure to check out my recent blog post that contains an extra 5 bonus railways!

Also worth checking out my model railway blog for the latest updates. 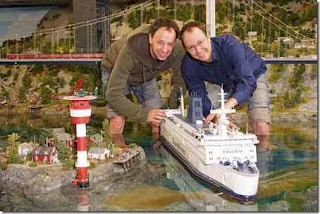 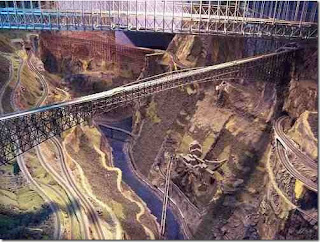 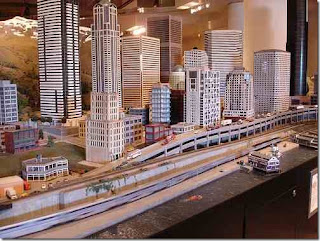 Most people - very wrongly - assume that model trains are a "kid thing". That could not be farther from the truth, nor should it be. You are only as old as you act, something I always like to keep in mind. So for some, building model trains is a great way to stay young at heart. But these aren't the cheap, cutesy, or snap together things you were accustomed to a child. Some of these model trains are huge and so lifelike, you would think you were looking at an aerial picture of an actual place in some cases. Read on for some of the best model train setups that will make you wish you had this kind of skill.

This is no ordinary model railway. This is a full on lifelike model that too 500,000 man hours to create. Germany is known for their eye to detail when it comes to construction, so perhaps it shouldn't come as a shock that Germans take even their model trains so seriously. Serious to the tune of 7.3 million Euros. Take that all you model train designers out there with your puny train sets!

Great name, cooler model train setup. This is a visual history of the expansion of the train network in the United States. It covers the history of train expansion from Chicago to Seattle in breathtaking realistic detail.

Many people are under the impression that model trains have to be small and held within a building. Wrong! The Toggenburg Model Railway is one of the largest in all of Europe. This lifelike bad ass of a model railway is over 3/4 of a mile long. That is a serious model train set!

This is a truly impressive model train setup that spared no expense in time when it came to the details. Which is probably why this work of art took nearly 25 years to complete. It is incredibly lifelike, with tons of trees and even incredibly accurate buildings to pull together one of the coolest model trains there are.

This model train, built in the 1930s was one of the first of its kind that actually incorporated real life scenery and backgrounds into his model train sets. This model railway is now on display but the train is only actually run a couple of times a year.

This is another impressive German construction. This model railway takes reality to a whole other level. If you didn't tower over the model, you might think that you were looking at a picture of a real place. This model train took over 200,000 man hours to complete and it spans an impressive 2.5 miles.

This is an incredibly realistic model of the East Coast Main Line in London, just in miniature. With a half mile track, you can watch the trains make their sojourn and feel as though you are really watching trains arrive and depart.

Built to look as part of the Buckinghamshire landscape, this amazing model railway in England is a truly impressive feast for the senses. This is also one of the oldest model train setups still in working order. This is a truly magnificent piece of work, dating from the 1920s and shows an incredible attention to detail.

This is no small model train setup. To tour this model train created by the Pasadena Model Railroad Club can take as long as an hour. This impressive model railway boasts 30,000 feet of track, all put together, lovingly, by hand.

This beautiful and massive model railway setup hearkens us back to a different time and place. Built to mimic, and very well too, Pennsylvania in the late 18th and early 19th centuries. This is an incredibly realistic and lifelike creation that is believed to be one of the largest of its kind.

If you want to learn more, check out the full article: 15 Mind Blowing Model Railway Layouts